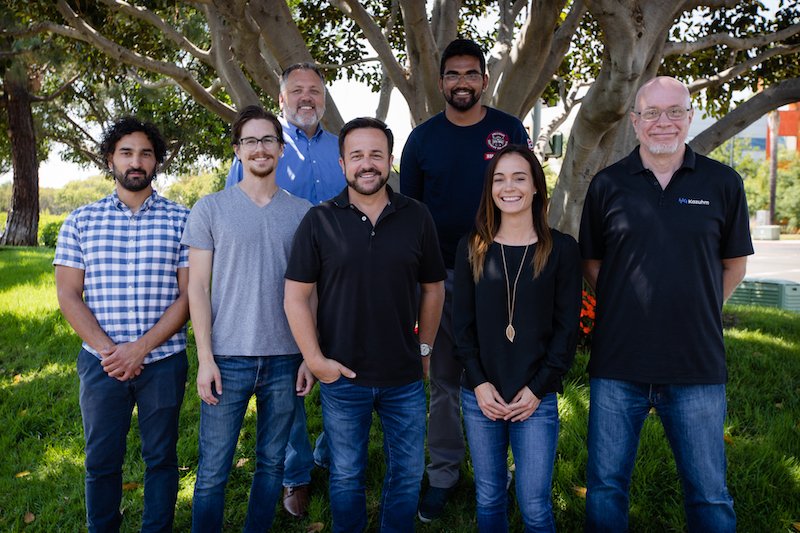 The First-of-its-Kind Commercial-Grade Platform Recaptures Desktop, Server and Cloud Compute Resources to Optimize Operations and Improve Security at a Fraction of the Cost

The IT industry has always been driven by a need to innovate. While that approach has undoubtedly served the market well, in recent years it has also led many organizations to overlook opportunity right under their nose, in this case, amongst their on-premise hardware. This has created a scenario whereby systems and technology managers, and their C-suite counterparts, have critically underutilized hardware. Rather than fully tapping into available on-premise resources, they have invested time and money in cloud computing and storage, frequently compromising data and system security.

“Today, cloud costs are soaring, demand for high-performance computing (HPC) is increasing and there are more security risks than ever,” said Tim O’Neal, CEO of Kazuhm. “Against this backdrop, tensions between IT teams and other members within their organization who depend on workloads have reached an all-time high due to processing bottlenecks. The answer is not always investing in more, newer cloud resources. The answer is using the available computer resources more efficiently. The answer is Kazuhm.”

“Distributed computing in heterogeneous environments, and leveraging unused computer assets isn’t necessarily new, but the technology has finally caught up and is well within the means of implementation thanks to commercial organizations like Kazuhm,” said Reed Anderson, CTO, True Digital. “We’re currently using Kazuhm for transcoding, which allows us, as a mobile provider, to personalize screen resolution and experience for consumers based on whether they’re using Wi-Fi, mobile or broadband. This process can take a lot of time, so being able to tap the unused processing power of idle machines across our physical assets and data centers is a significant competitive advantage. It allows us to save time and money over alternative solutions such as a dedicated system or the cloud.”

The fully-connected compute ecosystem activated by Kazuhm puts control back in the hands of IT managers and leaders. Easily and centrally installed, it allows organizations worldwide to process workloads at a fraction of the cost, with increased agility and higher security.

“In the next two years, enterprise organizations are expected to move half their public cloud applications to a private cloud or non-cloud environment, meaning there is an inherent and immediate gap in the market that Kazuhm can fill seamlessly,” said Navid Alipour, managing partner, Analytics Ventures. “We’re confident that Kazuhm, as our most recent venture launch, will change the way workloads are processed forever. We believe we’re on the cusp of something monumental, as we help IT leaders ‘take charge’ of their compute resources in unprecedented ways.”

Kazuhm can be implemented across any number and type of corporate nodes into an organization’s on-premise hardware infrastructure in an easy and centralized manner. Organizations interested in using Kazuhm may visit  https://www.kazuhm.com to learn more.

Founded on the belief that the application of cloud computing has become out of control, Kazuhm considers its mission to create awareness in the IT community that it is time to become smarter  how the cloud is being used as a function of the entire compute ecosystem. As such, Kazuhm has also launched an industry platform called GetYourHeadOutofTheCloud.com to help educate and bring together IT professionals for healthy discussions about all topics related to a more balanced utilization of cloud computing. Users have the ability to join the “Cloud Busters,” a group of IT experts becoming active for the cause.

Kazuhm is a next generation workload optimization platform that empowers companies to maximize all compute resources from desktop to server, to cloud. Founded with a belief that organizations have become too dependent on cloud computing, while disregarding the untapped resources that already exist within their organizations today, Kazuhm securely and efficiently recaptures unused processing power to boost productivity and minimize unnecessary IT investment. As the first fully-connected, commercial grade compute ecosystem, it allows organizations worldwide to process workloads at a fraction of the cost. Global IT managers and leaders have adopted Kazuhm’s easy, centralized install process that puts resource control back into their hands. Learn more at www.kazuhm.com.

Analytics Ventures is a venture studio fund providing front-to-end infrastructure to ideate, form, launch and fund brand new companies in artificial intelligence (AI). With its own in-house AI lab, technology, back-office, and marketing setup, Analytics Ventures takes companies from formation to public launch in as little as six months.  Supported by a large network of corporate and academic partnerships, as well as other venture funds, Analytics Ventures has launched leading AI ventures ranging from financial services, to healthcare, advertising and more. To learn more about Analytics Ventures, visit www.analytics-ventures.com.