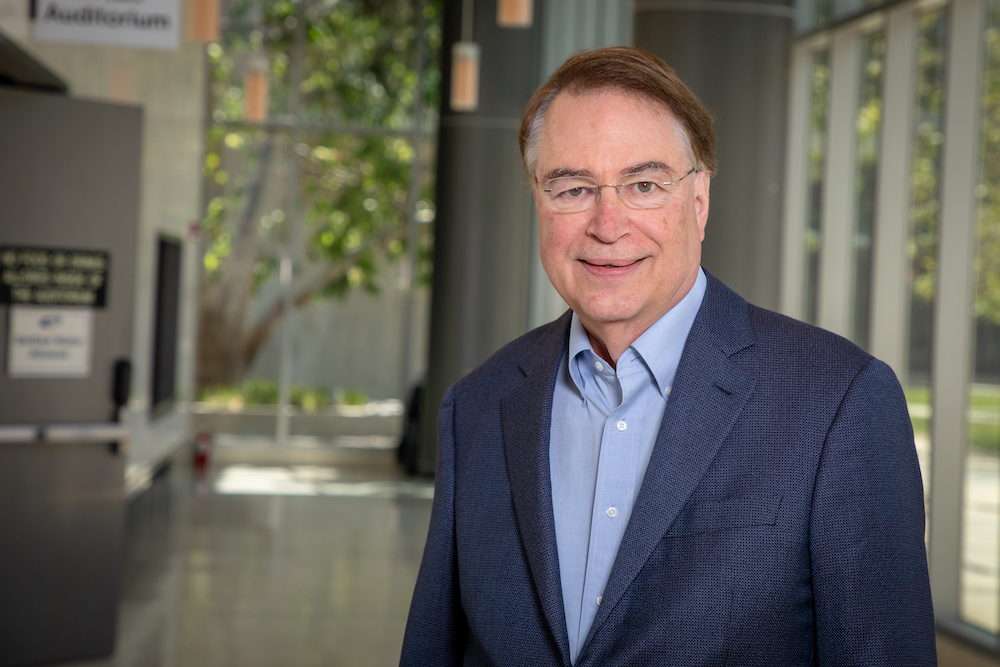 August 19, 2020—Kazuhm, a leader in technology and tools for maximizing IT efficiency, today announced that Dr. Larry Smarr will provide support to the Kazuhm leadership team as Technology Evangelist. With over 40 years of experience driving information technology innovation in academia, government agencies, and private industry, Dr. Smarr brings a practical vision for the ever-broadening use of distributed computing.

“We are thrilled to have Dr. Smarr with his unmatched knowledge and experience contributing to the Kazuhm team’s foundational expertise and outreach,” said Andreas Roell, Kazuhm CEO.  “Containerization, when applied to distributed computing, represents a paradigm shift in the way organizations process their workloads and store data, and there is no one better for Kazuhm to partner with than Dr. Smarr to deliver this message to the IT community.”

Dr. Smarr is Distinguished Professor Emeritus at the University of California, San Diego. From 2000-2020, he served as the founding Director of the California Institute for Telecommunications and Information Technology (Calit2), a UC San Diego/UC Irvine partnership, and held the Harry E. Gruber professorship in UCSD’s Department of Computer Science and Engineering. Before that (1985-2000) he was the founding director of the National Center for Supercomputing Applications (NCSA) at UIUC. He received his Physics Ph.D. in 1975 from the University of Texas at Austin and did postdoctoral research at Princeton, Harvard, and Yale, before becoming a Professor of Physics and of Astronomy at UIUC in 1979.

Additionally, Dr. Smarr has supported government agencies at the state and federal levels including 8 years as a member of the NIH Advisory Committee to the NIH Director, serving three directors. Dr. Smarr served on the NASA Advisory Council to four NASA Administrators, was chair of the NASA Information Technology Infrastructure Committee, and the NSF Advisory Committee on Cyberinfrastructure. He also served on Governor Schwarzenegger’s California Broadband Taskforce in 2007. He currently serves on the Advisory Board to the Director of the Lawrence Berkeley National Laboratory. He continues to provide national leadership in advanced cyberinfrastructure (CI), currently serving as Principal Investigator on three NSF CI research grants: Pacific Research Platform, Cognitive Hardware, and Software Ecosystem Community Infrastructure, and Toward a National Research Platform.

Among numerous honors and awards, Dr. Smarr is a member of the National Academy of Engineering, as well as a Fellow of the American Physical Society, the American Association for the Advancement of Science, and the American Academy of Arts and Sciences.  He received the IEEE Computer Society Tsutomu Kanai Award for his lifetime achievements in distributed computing systems in 2006 and in 2014 the Golden Goose Award.

“Capital investments in on-premise computers are often underutilized in many organizations because of the lack of a secure and flexible software infrastructure that can make full use of the capability of today’s distributed systems,” said Dr. Smarr.  “I am looking forward to partnering with Kazuhm to help the IT community across sectors more fully utilize the hardware assets they have paid for, as well as to extend to external cloud resources, to meet the growing demand for compute capacity.”